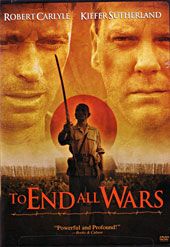 I had an interesting thing happen awhile back. Somewhat magical, but I'll back track. I'm fascinated with people who survive and endure. Have you ever met a character out of a story so compelling you almost can't believe it is real? I was fortunate to have crossed paths with a number of magical individuals, one of which was my father who was a carrier pilot in the Second World War. He flew TBF Avengers. Perhaps one of the most interesting non family member is Ernest Gordon, formerly a Captain of the Scottish Argyles.

In my continual rummage through the library many years ago, I came across a book entitled MIRACLE ON THE RIVER KWAI lying in state on the dusty bottom shelf. The story was shocking yet miraculous. Ernest fought with the British in Malaysia during WWII and was wounded in battle. Rather than surrender to the Japanese after the fall of Singapore, Ernest and some buddies sailed a JUNK about two thousand miles only to be captured and sent to build the famous railroad and bridge on the River Kwai. 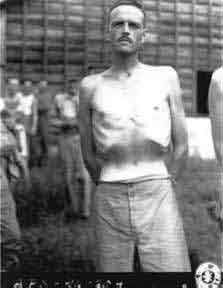 The Japanese soldiers, following their bastardized concept of "Bushido", were quite cruel. Ernest survived experiences he had no business surviving. The daily grind was extraordinary. Each day Gordon joined a work detail of prisoners to build a track bed through low-lying swampland. If a prisoner appeared to lag, a Japanese guard would beat him to death or decapitate him. Many more men simply dropped dead from exhaustion, malnutrition, and disease. Medicines and most food was not allowed. Ultimately, 80,000 prisoners died.

Ernest's 6'3" frame bore a weight bearing less than 100 pounds. Malaria, Dyptheria, Typhoid, Beri Beri, Jungle Ulcer took its toll on the Scot. Placed in "the death ward" (Where all prisoners were moved who had no hope of survival.), he was nursed to health by *Dusty Miller through his use of massage, a gentle cleaning with a daily boiled rag, and an occasional stolen Banana. The treatment was unbelievable. The torture was constant. Hope was gone. BUT, Ernest, like many including Psychiatrist **Victor Frankle (See MAN'S SEARCH FOR MEANING. His description of "Logo therapy" as well as his experiences surviving German Concentration camps.), eventually found something that would insure survival against the odds; PURPOSE and a GOAL.

"Dusty" was an interesting fella. A simple gardener from London. His only wish was to get back there to continue working with flowers with his dad. Philosophical discourse evolved between the prisoners about the existence of God, and how, if there WAS such a thing as God, he could allow these horrific daily events to happen. Dusty was firm in his conviction, yet he apologized for not having the education and intellectual prowess to participate in the debate with skill. Perhaps he knew the answer to such a question was beyond the intellect (Even if he knew it unconsciously.). 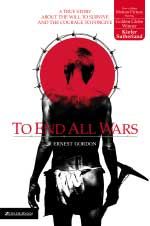 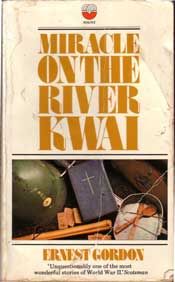 Above is the book cover Ernest sent me. I believe this was the second printing. The publisher changed the name from THROUGH THE VALLEY OF THE KWAI to MIRACLE ON THE RIVER KWAI. It was most recently released with the title TO END ALL WARS (I think the image on the right is the new cover). This second version also had Dusty's manner of death omitted. In the middle is an autograph that I can treasure. I'm not very religious. I'm keen on many of the worlds mystic traditions however. I think the "politics" of religion is difficult for me. I believe this lovely "Scot" to be a great man and mystic.

As the mighty scotsman gained strength, he started a university in the camp in order to stay active and involved. It was essential to belong and to feel like one was headed in a direction. At first, the school had to be conducted on the "QT" but was eventually allowed by the Japanese. There were also incidences of great sacrifice that unfolded. Once, after a work detail, a Japanese guard believed a shovel was missing. He told the men that unless someone stepped forward to accept responsibility, all the men would be killed. A soldier innocent of the deed stepped up and stood at attention. The guard almost beat him to death. Later it was discovered the missing shovel was the result of a mistaken inventory count by the guard. Another time Dusty fainted. The doctor believed him to be close to death. Others reported that Dusty had not been eating. All his meager rations were going to Ernest.

Ernest survived and moved to the USA where until his death in 2002 he was the retired Dean of the Chapel at Princeton. I tracked him down many years ago, and was bold enough to give him a call. We spoke of many things, and I felt really blessed to "bask" in the aura of a man who had come through the depths of hell and came out with a sense of strength and purpose. I admit, that in some ways I live vicariously through these "hero's." AND I like it when serendipitous events occur. It assures me that there IS order to this universe. THIS then assures me about the reality of GOD. Getting to know this man through telephone contacts, letters, and the exchange of music and books was also very serendipitous. I remember speaking to my old friend Peter in LA whom I met while he was a journalist writing about my craft of building musical instruments. During one of our"keep in touch" phone calls, I mentioned Ernest and his book. Pete said, "Yeah!! I know him. I met him when I was going to Princeton!" A few years ago I was having a lovely Thanksgiving dinner with new friends. When David Flanders wife Susan said that she was raised in Princeton, I mentioned Ernest."Wow, she responded, I know him. I went to school with his daughter! They lived right next to us!"

I always asked Ernest why his story was never made into a movie. "Well, we just never agreed on how to do it I guess," was his answer. I mailed his book to my cousin Bruce Evans in Hollywood (He wrote the screen plays for STARMAN and was nominated for an Academy Award for his script of Steven Kings short story STAND BY ME.). No interest. I sent it to Spielberg. No interest.

It had been a number of years since Ernest and I had talked. Then one day I was in Hollywood Video and rented a DVD titled TO END ALL WARS. The young man at the counter said, "hey, I just saw that, and it's very good. It's about a Scotsman who was a POW in WWII . He was forced to work on this railroad and bridge through the River Kwai." I responded that THAT was interesting to me, as I know a man who had such an experience.

When I got home - yep, you guessed it. The narration started out, "I'm Captain Ernest Gordon of the Scottish Argyles..." I was thrilled to see that his story was finally made! Mostly a British cast with Keifer Sutherland the lone "yank". 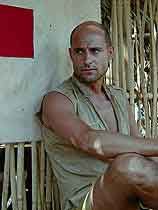 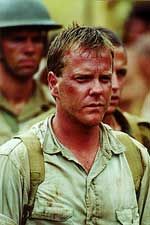 On the left is Ciarán McMenamin, who plays Ernest in the movie. The center is Mark Strong who played "Dusty". The lone "Yank - well Canadian" is Kiefer Sutherland. Robert Carlyle is on the right .

While not as complete or extensive as the book (What film is?), I highly recommend this movie. It is in the new section at HOLLYWOOD and FAMILY VIDEO. The storyline diverts from the book in some ways, but the message is one of hope, purpose, and honor. AND, there is a touching video of Ernest with one of the Japanese guards at the old camp. Still if you want to REALLY get to the depth of this story, get the book. The film only shows a small portion of Ernest's experience, AND the importance of Dusty's influence. As I said, it's being re released as TO END ALL WARS. I know Amazon.com has it. 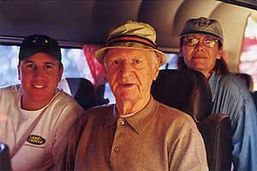 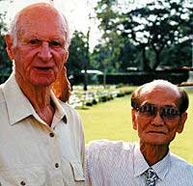 On the left above is Ernest and the films Director. In the center and right is Ernest and the old guard/translator Takashi Nagase.Since the end of World War II, devout Buddhist Takashi Nagase's life has been devoted to making up for the Japanese army's treatment of prisoners of war. Takashi, now 83, has made more than 100 missions of atonement to the River Kwai. It is interesting to note that Takashi is also the same guard that was the subject of a movie released this year called THE RAILWAY MAN (With Colin Firth and Nicole Kidman). Very highly recommended !!

*Two weeks before the end of the war, Dusty was nailed to a tree and disemboweled by a Japanese guard that was flustered because Dusty would never break, and never anger. This made the Japanese guard "loose face". Ernest sent me a signed copy of the second edition of his book. I noticed that this incident of Dusty's death was omitted. Ernest told me that the editors felt it too difficult for readers.

**Victor Frankle was a survivor of one of Germany's extermination camps during WWII. His book describes the dynamic that "hope and purpose" plays in the human equation of survival. It also explains the authors discovery of Logo Therapy.

Back to home page

Paul Adams along with David Hoffman has a music label of 13 albums of various types of music (Some call it Jazz, New Age, World Beat, Fusion etc). Both have many outside interests. David plays Jazz and spent the last 13 years with Ray Charles. Here is a nice link to Dave's tribute to Ray.

Paul Composes Music . He also writes Poetry and Stories, and has crafted Musical Instruments for such people as Daryl Hall, Members of Stevie Wonders Band, and others. He works in the Mental Field for a real job, as well as artistic fuel.